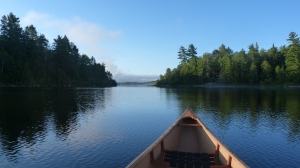 It has been two years since Tim and I started off on our “Gap Year for Grown Ups”, two years since I began this blog. At the time, I thought I was taking a year’s leave of absence from my job. An unstructured year of travel was bracketed, I thought, by structure. I had a job, I’d be away for a year, I would go back to the job. As far as life changing adventures go it felt relatively safe.

But travel changes a person and time waits for no man – to use two well-worn clichés. The organization that I was absent from altered so much in my year away that my job became unrecognizable. Life on the road brought me into a different understanding of myself and who, perhaps, I wanted to be. I could not go back to where I’d been before. I began looking for a different treadmill.

Some of the lessons that I have learned in the year since we’ve been home have been harsh. Job hunting when you are a woman of a certain age is painful and soul sucking. “A lifetime of experience” became a negative phrase. The matter of an income weighed heavily as did the lack of independence and personal status. As I frantically tried to step back onto a treadmill, any treadmill, every foray made me question what on earth I was doing.

Set against my anxiety has been my continued freedom. Remaining off the treadmill has given me a chance to be more accessible to family, friends and community. I’ve had time to do a couple of meaningful volunteer projects. I’ve been back in my calligraphy studio, remembering how much I love the shape of letters. I was able to travel to Mexico to visit my mother. I had time to go on a pilgrimage to California with my father’s ashes. I’ve made sure to begin each day with a calm walk down country roads.

Most excitingly, I’ve written a book that will be published this fall — September 17: A Novel. I hadn’t expected that to happen but that’s the great thing about being in freefall – you just don’t know what you’ll find.

“…Alice had not a moment to think about stopping herself before she found herself falling down what seemed to be a very deep well.

Either the well was very deep, or she fell very slowly, for she had plenty of time as she went down to look about her, and to wonder what was going to happen next. First she tried to look down and make out what she was coming to, but it was too dark to see anything; then she looked at the sides of the well, and noticed that they were filled with cupboards and bookshelves; here and there she saw maps and pictures hung upon pegs…” (Alice in Wonderland)

While I was looking around me, I discovered a story that needed to be written. Like Alice, it came from a picture that I saw on a wall, a picture of a group of 5 little boys, grinning from ear to ear, wearing oversized sailor’s uniforms and waving from the deck of a ship. They had just been rescued after spending 8 days on a lifeboat in the Atlantic. The picture led me to the story, and into writing a novel.

September 17: A Novel is based on true events. It follows a group of children who are being evacuated from England to Canada during the Second World War on The SS City of Benares. Told from the perspective of the children, it is a story about their dreams of a life across the ocean, a life free from bombs, free from fires and death, free from food rationing. When their ship is torpedoed in the middle of the Atlantic Ocean, it becomes a story of adventure, survival, loss and incredible bravery. September 17 is published by Red Deer Press. A portion of the proceeds from the book will be donated to Save the Children, and I am looking forward to working to help them raise funds for their worthy efforts on behalf of children. I’ll be having book launches in Toronto and Ottawa this October and I hope you’ll join me if you are around.

Travelling was very much an Alice in Wonderland adventure for me. But since I have been home, those boys have helped my temperament to become  more like Dorothy in the Wizard of Oz than Alice.

“What have you learned, Dorothy?”

“I think that it wasn’t enough just to want to see Uncle Henry and Auntie Em, and it’s that if I ever go looking for my heart’s desire again l won’t look any further than my own backyard. Because if it isn’t there l never really lost it to begin with.” (The Wizard of Oz, MGM 1937)

I’ve spent this year paying attention to my own backyard, literally and figuratively. I’ve also been connecting with friends in the theatre community, with the result that I’ve got funding to work at Theatre Direct in Toronto this fall. I’ll be involved with two of their new projects – theatre for the very young (toddlers) and theatre for children with autism spectrum disorder. The latter will pick up on the work that I previously did in Ottawa, and I’m thrilled to be working with Jacqueline Russell from Chicago Children’s Theatre again. It is an exciting and rewarding area for me to be focusing on.

I’ve also begun my own business, The Ottawa Children’s Theatre, dedicated to developing and producing theatre for children and youth.

I’m working with Jan Irwin and Easy Avenue Productions to develop a new theatre piece based on Brian Doyle’s book Up to Low. The Ottawa Children’s Theatre is also going to offer acting classes for kids aged 5 – 15. I’ve got a stellar line up of teachers for the fall, and, I’ve partnered with the Acting Company to operate out of the newly renovated Avalon Theatre in Ottawa’s Glebe. It’s an exciting new venture.

So it would seem that I have accepted that I am not getting back on the treadmill any time soon. To be fair, I’ve lived most of my life as a freelance artist. Working for someone else, for a steady pay cheque with benefits, turns out to have been an aberration. While there are things about that job that I miss terribly, I know I am on the right path. So I am celebrating the 2nd anniversary of this blog fully off the treadmill.

I’ve been spending the last week at the Ottawa City Hall, decorating for The Mayor’s Christmas Party. The Mayor’s Christmas Party is a huge annual event attracting 5000 – 6000 Ottawans to meet Santa, have their faces painted, nibble chocolate treats from Mrs. Claus, make crafts, skate on the rink, roast marshmellows and quaff endless cups of hot chocolate. It’s a big event and my friend Sarah Waghorn of Pukeko Design has the contract to design it.

I know Sarah from Ottawa theatre circles. Designing the Mayor’s Christmas Party is like doing a theatre show except that it’s a huge set filled with audience, workers, performers and thousands of details. We are working to a tight, inflexible deadline and everything has to follow an exact plan. Sarah has hired a team of us, mostly from the theatre community, to decorate and perform elfish duties on the day. Lewis Wynne-Jones has joined us so we really are a family team, a dedicated bunch who take pride in our work. We are under the domain of the Office of Protocol and happy to be their minions for the next seven days.

Who says the city doesn’t support the arts?

We met on the first day in a low section of the stone basement in City Hall. There was a long hallway containing at least 50 boxes of new ornaments for us to sort through. I squatted on the floor so as not to spend the day bent over, wearing a Pukeko apron and bright green gardening gloves. I was soon covered in sparkles from the coloured balls. We became a team immediately recognizable by our sparkly faces, sparkles that were embedded in our skin for the whole of the next week.

Our work hallway led to a tree storage room. A whole room filled with artificial Christmas trees. There was also a secure room accessible only by swipe key filled with all of the kinds of things needed for special events – shelves of Maple syrup (protocol gifts), vases, cake platters, tables cloths, signs, Halloween ornaments, Kahlua (?) and cranberry juice. There were boxes of miniature flags, one box for every country in the world it seems, except for China for which there were 8 boxes. It is in this secure room that we unpacked the special ornaments and exquisite fake cakes for the “set” of Mrs. Claus’ bakery.

We’re a great team and for the first while we swapped theatre gossip and family Christmas stories. We spent two days listening to carols before we gave up trying to connect our tasks to Christmas cheer. By day 3, we were spending hours in silence and small decisions (what colour next?), as we perfected each tree. Over the course of 4 days, we carried, fluffed and decorated 30 trees of varying sizes. My arms became shredded by plastic pine needles as I wove strands of lights and looped 200 coloured balls onto each tree.

After trees, we spent days affixing garland on bannisters, wrapping over 300 boxes for presents, changing the hangers on 50 large ornaments (gold cord is all wrong), changing the orientation of 200 ornaments (they don’t work hanging vertically, they should be horizontal), re-wiring garlands, setting out all of the trees and finding places to plug them in. It was backbreaking and leg exhausting as we crisscrossed the building and work on concrete floors.

I found myself in a contemplative mood and headed out on a lunch break, to clear my mind in the crisp December air. Beside City Hall is the Canadian Tribute to Human Rights, a monument that I have seen for years but never really looked at. Designed by Montreal artist Melvin Charney, the sculpture incorporates the first sentence of the UN Universal Declaration of Human Rights: “All human beings are born free and equal in dignity and rights – Tous les êtres humains naissent libres et egaux en dignité et en droits.”  The words “Equality”, “Dignity” and “Rights” are repeated in English and French across the top of the monument. These words are then repeated on individual plaques in the 73 languages of Canada’s First Nations.

The Canadian Tribute to Human Rights was inspired by the Polish worker’s solidarity strikes in the 1980’s and is dedicated to the struggle for fundamental human rights and freedoms. Algonquin elder William Commanda ceremonially introduced it in 1990, followed by an official unveiling by the Dalai Lama. Since then, the monument has been the focal point for a wide range of demonstrations drawing awareness to human rights issues.

The monument sits on Algonquin land, as does City Hall. Before returning to work, I took a moment to walk through the simple and unadorned archway, grateful to have the freedom to do so, grateful to be working with a dedicated, sparkly team on a common, happy, goal.